Marisol Rodríguez: “to exploit the territories of uncontacted peoples is to condemn them to hunger and extermination” 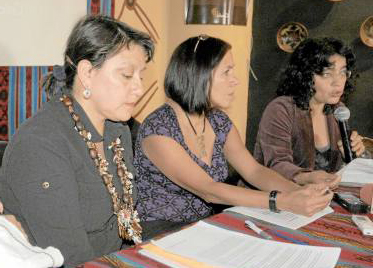 Marisol Rodríguez belongs to the collective of anthropologists of Ecuador, whose objective is to protect the life of isolated indigenous peoples.

How does the crime of ethnocide in the Penal Code guarantee or pretend to guarantee the life of the peoples living in voluntary isolation?

The changes that have been made to draw up the Comprehensive Penal Code really reduce the protective measure that this measure was trying to have. In the reform of the Penal Code in 2008, there was an increased and more precise version of what ethnocide and genocide would be, but now, it has been devalued very much, it’s something that can be interpreted in many ways. Additionally, it is poorly enforced because they speak of ethnocide as if a person in a deliberate, systematic, and widespread manner, destroys all or part of the cultural identity of the peoples in voluntary isolation. In the first place, there is not a person who is going to systematically destroy the isolated peoples, so all of these processes that are given and that are conducted in a genocide and in an ethnocide, they are driven by extractivism politics and in these politics there are corporations, there are big groups within which is the State itself, which is affecting these peoples and these territories; affecting the territories is affecting their life as a people.

It is a very imprecise and ambiguous crime that in the end cannot be applied. Additionally, what is understood by systematic and widespread? Systematic is something that is done again and again? But it is enough with one action, for example, to go to the territories of these peoples and take oil, to lead to the ethnocide of these peoples, but it is not something systematic. What is understood by generalized manner? In the end, it is a requisite to fill a space that needs to be filled in the forms but, in the end, I do not believe that it serves to protect the life of the isolated peoples

With this article, in some way will the responsibility of the State be avoided in this crime?

Such as it is written, I believe so, because it never talks about collective people, of responsible institutions, or the State itself, but rather speaks of one person. It’s as if we say that Rambo is going to come and going to destroy the isolated peoples, it is something inapplicable. I believe that it definitely does not serve to protect the life of those peoples.

In what way does this legal body need to be written in order to actually protect the life of the peoples living in isolation?

The writing of 2008 was done better, was much broader and included more or less something that could be done. On the other hand, it is important to adjust to the international instruments. For example, there is a convention for the prevention and sanction of the crime of ethnocide by the General Assembly of the United Nations that was made in 1948; there it talks about ethnocide and about genocide. The Interamerican Institute of Human Rights in 2006 also made a precise definition of ethnocide. It would have been interesting to take these international documents, which include many that are backed by the State itself. Also, it is important that there can be a kind of inclusion into the debate by civil society, of anthropologists that in some ways are more in the loop in these topics, of lawyers, of indigenous organizations, and to make a kind of competition with all of these individuals to define. When they go off to create laws the participation of civil society is important. They cannot be made in an isolated process in which only a few congressmen and women and only the people in charge of this commission make the laws; to me, this seems like it is a big flaw that makes it so we have these tremendous imprecisions. Additionally, it is like a law made by a measure. It is worrisome what is happening with the laws.

It has been a year since there was the sentence in favor of the indigenous people of Sarayaku and in part the sentence was saying that the State must protect the life of the communities. With this article that was put in the Penal Code, would it be contradicting this sentence?

If we look at the Code as a whole, it is something that tries to penalize everything, everything is punished and sanctioned and in general, I do not believe that they are looking at the collective rights of the Sarayaku people, nor the isolated peoples, nor any indigenous peoples, nor african-ecuadorians. It is simply an attempt to regulate, punish, sanction everything, but everything that will not be very relative to the central political proposals of the State. It is a bit difficult to achieve collective rights and a year has already passed since the sentence of Sarayaku and nothing has been done, they haven’t even said sorry, much less given the next steps that have been demanded since the international body laid out these measures. In general the interest is not in collective rights, this stays in talk, nothing more.

The collective of anthropologists that you represent criticized the Ministry of Justice because it claims that it changed the limits and the legislation where there would be peoples in voluntary isolation. Can this signify a violation of their rights?

Clearly, it is a form of making them disappear. The plans have a political and geopolitical intention, and they are also an instrument of power. In a map from some years ago, the Minister of the Environment himself recognized that they had detected four isolated groups and now, exactly when he is going to declare the national interest in the oil exploitation in Blocks 43 and 31, he says that they have moved down south where they are not an impediment for the oil extraction and that one group has disappeared. Coincidentally they put them in the intangible zone and they make them look like they were in an extremely reduced territory. However, in March from this year, the State, the Ministry of Justice, talked about documents where it is specified that there are at least seven groups. This doesn’t necessarily means that they are seven, maybe they are more, but seven have been detected based on the different information taken from the field. We are speaking about an infringement of rights. They are people, human beings, living humans that are being threatened. We are not talking only of pedantry for the fauna and flora that is already dangerously ill because nature is what sustains us as human beings; we are talking about the lives that are being affected.

Recently, the collective of anthropologists sent a document to the Interamerican Commission of Human Rights where they have requested certain precautionary measures in favor of the uncontacted peoples. What did this request consist of?

We presented a document to the Congress where we had some observations on the information that the Minister of Justice presented about the presence and the territoriality of the isolated peoples. We analyzed how this document lacked theoretical models, had a very deficient methodology and very little data that could not make the big conclusions that were made, like saying that the peoples exist or don’t exist, that they are or are not in the places where the oil extraction is going to take place. We did an analysis, revised it, made some incorporations, and this is the document that we had presented to CIDH to show that as a third party, not the State, not the indigenous peoples, but rather from a collective, we are presenting that this information cannot arrive at the conclusions that it is arriving at, that it is deficient, that the study is poorly made, so we presented all of our evidence based on other studies from which it is possible to stipulate that the studies of the Minister of Justice did not take anything into account. What we’re looking to say is: it is not that these peoples do not exist, it is not that they are few, it is not that they are in an area that they now want to reduce. They are peoples who have been accustomed to a broad territoriality, who have extremely mobile territorial dynamics, are occupying different ecological niches, different spaces, and in particular moments connected with the seasons, they go walking. For example, during the period when palm shoots have reached their tallest height, when it is “the period of fat monkeys,” as they say, they move. Those spaces where there is the Tambococha, Tiputini, and Ishpingo land are very valued for these peoples because they are spaces where they go hunting. Right now they are having difficulties finding food, they are going through situations of malnutrition. From the moment when these zones are affected, because oil activity is very destructive, is very loud, is contaminating, we are definitely condemning them to hunger and to extermination.

In your point of view, was there a coincidence between this article approving of ethnocide in the penal code with the approval of the exploitation in Yasuní ITT?

All of the laws that are being produced are strongly related to the circumstances that we are living in, and speaking to this plan that has outlined that the country must follow the change of the productive mold that is not a change at all, it is something that there already was, a deepening of exploitation, to be primary exporters of products, and this extractivism is what is deepening, and the laws and everything that they are doing is accompanying this process to continue in extractivism. If there are people that protest, it is uncomfortable, so they sanction the protest, they sanction the right to resistance, they sanction different forms of social participation, and also they are going to be changing and adapting the articles according to what would affect the people and institutions that are making these decisions. Yes, they hold a very strong relationship between how it is being written, what is being done, and towards where we are being directed as a country. 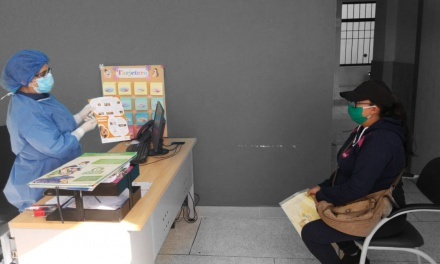 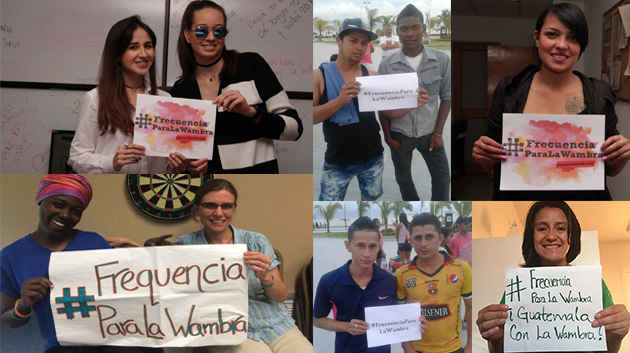