Tiempo de lectura: 3 minutos
[Summary of the Day]
#CoronavirusEcuador #InfoWambra
Thursday, April 23, 2020
The official numbers of people infected and deaths by COVID-19 in #Ecuador shows only one part of the reality, specifically the population that had access to the tests. However, we consider it necessary to be familiar with these numbers and demand them because accessing clear and timely information is essential to act during the sanitary emergency. Here we share the official facts broken down:
🥼 Facts from the Ministry of Health:

The information submitted by COE Nacional reflects the following numbers: 34,420 tests conducted to detect COVID-19, of those ➕ 11,183 people tested positive to the diagnostic COVID-19 test, and ➖ 10,757 tested negative.
🧫 However, the Minister of Health, Juan Carlos Zeballos, clarified after processing the 23,856 delayed tests, of which ➕ 10,977 gave positive results, and ➖ 12,879 negative.
🦠 Therefore, in total the number of positive COVID-19 diagnoses are 22,160.
Of the Confirmed Cases:

1,328 people were discharged from the hospital,

️ 8,876 people are stable in isolation at home,

Other Sources:
The information submitted today by the COE Nacional had some inconsistencies:
🧪 The report from April 22 recorded that 34,840 samples had been taken, however, today’s report said 34,420, which is 420 less than the number recorded yesterday.

🧾 From April 16 to 22 the Civil Register had recorded 2,332 deaths nationally. However, these numbers would correspond to a sub-registry that does not count all of the deaths, as reported by Víctor Valdiviezo, mayor of canton La Libertad, province of Santa Elena, who stated that before April 13 they had registered 433 deaths, but from April 1 to 15 the institution only recorded 316 deaths in all of the province.

Vehicle retention for not complying with the mobility restrictions will only be for 5 days, due to the lack of space.

Starting next week they will begin to use the tests that the Quito Municipality imported. The Secretary of Health D.M.Q. said that each week tests will arrive partially.
♦️ Actions:

The Waorani nationality issued an alert denouncing the lack of response received by the local authorities who have not launched prevention or protection campaigns for the nearly 5,000 people who make up the nationality.

ONU Women, in order to guide public, private, civil society and international community actors, they have issued a guide for the prevention of violence against women in the presence of COVID-19 in Latin America and the Caribbean. This document collects preliminary data on the gender violence implications of the pandemic that has affected women and girls; and offers some strategies and recommendations to prevent and respond to violence.
Summary prepared by Wambra Medio Digital Comunitario
Visit us on:
Web : 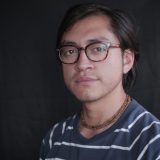